I just got home from spending a week with my dear friend Pete DelCollo. It's been a bad winter for Pete. He had back surgery in early December and it went horribly wrong. He has lost the use of his right leg & foot as well as much of his mobility. He has been rehabbing and this is the first time he's been able to be out.

We went to our friend's Frank Henderson's to work dogs nearly every day. Pete was able to observe from the car and once got on a 4-wheeler. He got to see his puppy "Rock" being run by pro Pat Casey and several other dogs including my Daisy. 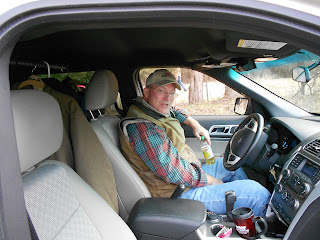 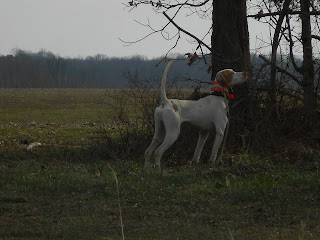 Yes Vagas, I wore your "Nebraska" hat. For those who don't know, Vagas Mathieson and I had a bet on the Nebraska-Michigan State football game. The loser had to wear the winners school hat for the succeeding year. Yes, Michigan State lost and I'm wearing Nebraska's big red "N". 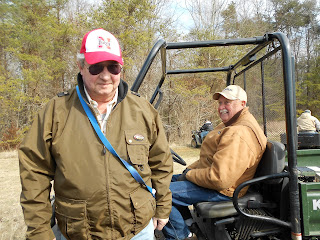 It was a fun week out of the cold winter Michigan weather.
Posted by Dale Hernden at 10:48 AM